As a reseller with twenty years of experience in schlepping thrifted clothes home, cleaning, listing, death piling… you know, the whole nine yards, I guess I was used to the pace of it all - slow and steady sales, ebbs and flows, hills and valleys. Nothing and I mean nothing in my resale experience could have prepared me for Posh Shows. 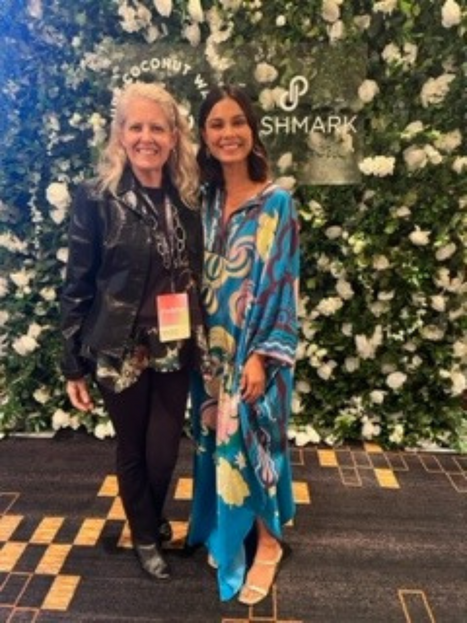 I was excited already — from being chosen as a closet consulting at Posh Fest — I enjoyed every minute in Houston: shopping at the local Goodwill Bins, helping fellow poshers improve their closets, meeting Mannish Chandra, the CEO of Poshmark and bonding with him over our mutual hate of Fast Fashion! Not to mention meeting the stunning Nathalie Kelley, The Siren from The Vampire Diaries, and Fast and Furious Franchise. Kelley interviewed me for her youtube channel! And to think, Posh Fest wasn’t the best thing to happen to me in October… thanks to Posh Shows.

The new arm of the Poshmark selling app was unleashed in a beta format to a select group of sellers, namely, the ambassadors that attended PoshFest in 2021 and 2022. I had no idea being chosen as a Closet Consultant would afford me with this ground-floor entrance to Posh Shows, but I couldn’t be more thrilled with the head start! 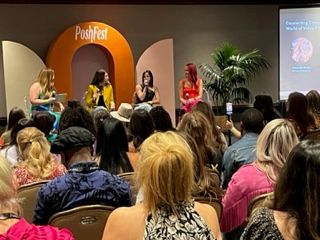 That’s because a day after I returned from the whirlwind event in Houston, I trained to begin hosting my own Posh Shows live on the app. I had some previous experience, having been dabbling on What Not, the wild west of Live auction selling. Whatnot was born on Discord, established by gamers and sneakerheads who wanted to sell their Pokémon cards, Funko figurines, and Jordans. But once the selling began to bleed into sneakers and graphic tees, the thrift community caught wind of the app and it blew up!

Coincidentally, (ahem) Poshmark was apparently also working on their live auction shows. I was doing well on Whatnot.. Making $100-200 a show. I established a Kiddo Show full of toys, an Anthropologie Show, and yep, a Graphic Tee show… But with only a mere 650 followers to my name after one month… nothing too drastic was happening sales-wise. I was learning how to live sell-through and clearing out the kinks for what was about to come, however, which proved invaluable. 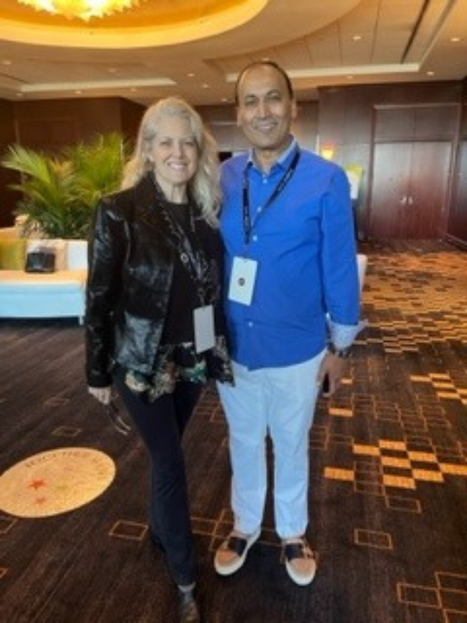 My first Posh Show freaked me out honestly. It was exhilarating, but a little frightening. You can’t hear anyone, you have to get up close to see comments and I’m not shy on camera, having been in marketing for years, and as a digital host for a multitude of businesses. During the pandemic, I established a YouTube and e-learning presence, launching my own business with a partner, called The Posh Pro Project. We created a series of e-learning courses dedicated to teaching resellers how to make money from home shopping and selling on Poshmark and other resale applications. Our website of learning courses, YouTube videos, as well as a podcast called Rags to Resale, were having minimal success.

But I digress… I hosted my first Posh Show on Friday, October 14. I operated much like I did on whatnot… chaotic but high energy - offering mystery boxes and high-end pieces in bulk. I was thrilled if someone bid on every item… items were rarely if ever, bid on by multiple people. Unlike Whatnot, where I was up against dozens of other auction shows more established than me, on Poshmark, my 300K followers were alerted, and my show sat close to alone at the top of the Posh Shows feed. There were not 10 people bidding or even 30… there were over 100 to 150 people at any given time. The auctions were zipping up quickly from the starting bid to $40 $60 … a few auctions went up to $175, $212… I was in shock. When we closed our show an hour and a half later, we were sold out of products. The rack behind me was empty. I was sweating but I was also smiling. Beaming from ear to ear, in fact. Almost 900.00 in sales in less than two hours? Was this real? Yes. Yes, it was. Over the next week, the sales fluctuated between 800 and 1500 per show. Hundreds of orders caused a glut of work for me and my partner in between shows as well. We ran out of tape, marketing materials, and boxes. The frenzied pace of shipping and selling my established inventory gave way to an inventory deficit very quickly. Now I am having to squeeze sourcing trips to the bins into my work week. Oh yes, I also have a full-time job. 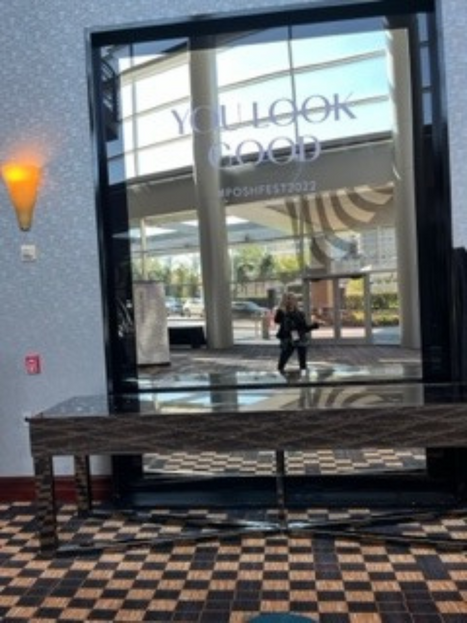 Our little business is suddenly faced with head-banging growing pains but oh what wonderful pains to have! There are issues inside of the beta testing, such as no way to bundle multiple offers without canceling their orders. That’s a little tricky when you are talking about 1500 in sales. But again, these are all great problems to have.

I think the most important thing, besides being as organized as you can (which I am still not doing very well, lol) is to be yourself. Really let your audience in on your life a little bit, talk about things you really care about, and establish yourself and your personality. People seem to enjoy the banter between me and my husband Tim, who helps with my sales…and when Gemma is on with me, we play up our business relationship dynamic as well. We play music, we joke, we argue about unimportant things, and generally let our buyers into our lives. It seems to be a great combination. Obviously, having a great inventory is important. Resellers can take years to establish a diverse inventory. You expect that inventory to sit a bit on Poshmark or your selling app. Selling out in a week is not anything I expected to be dealing with right now, but I am here for it. I feel like I am on the ground floor of something very very big.

I don’t want to get too far ahead of myself, but Posh Shows feels like the catalyst to something bigger. I am so looking forward to growing with the new tool and attempting to shape my “shows” into a steady channel of content, hosting other poshers, doing live haul videos, and even running seminars. The possibilities are endless. My advice, get over stage fright, get your ducks in a row, and embrace live selling. You will need to apply on Poshmark. I believe It’s the future of this industry and an amazing way to move inventory that’s fun, profitable and so far, sustainable!